Select the pricing level from the drop down.

Note: We highly recommend registering for MNMs in advance, even if you plan to pay at the door. While we are usually able to accept walk-ins, on occasion we must cut off admission due to room capacity. Registering is the only way to guarantee a seat.

If you are not a member yet, become a member to avail of the special member prices and much, much more!

Have you ever wondered about writing for film or TV? Listen to our expert panel tell you about the world of screenwriting. Bring your questions. Aron Dunn Creative.Producer.Writer, Treason Media

Have you ever wondered about writing for film or TV? Listen to our expert panel tell you about the world of screenwriting. Bring your questions. 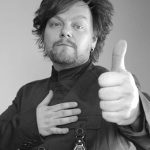 An industry vet with nearly two decades of experience, Aron leads his merry band of rebels on their campaign of creativity at Treason Media. When he’s not crafting a killer pitch, or delivering his latest script, he is staying in touch with his “inner kid” by reading the latest comic books or playing the hottest console games. Over the course of his career, Aron has worked with Cartoon Network, CTC, Disney XD, Nickelodeon, Teletoon, YTV, Treehouse, KiKA, and CBC Kids to name a few. He has also contributed scripts to numerous animated comedy series including Super Wings, Taffy, Cupcake and Dinosaur, Chuck Chicken, Rusty Rivets, Pocoyo, Camp Lakebottom, Justin Time, Trucktown and The Insectibles. Prior to founding Treason Media, Aron held senior development roles with some of Canada’s most prolific and acclaimed producers, including Breakthrough Entertainment and Portfolio Entertainment. 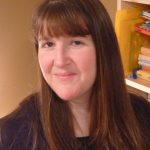 Kimberley Ann Sparks is an award-winning writer who works in film, television, and video games. She’s written episodes of preschool series broadcast on Treehouse, TVO, and BBC Kids, and she’s adapted a children’s book to be made into a 3D animated IMAX film. She has written full scripts for AAA video games as well as AI and NPC dialogue for games such as Ghost Recon: Future Soldier and, most recently, Assassin’s Creed Odyssey. Kim has an MFA in Creative Writing from UBC, and she is a graduate of the Canadian Film Centre’s Prime Time Television Program and UCLA’s Professional Screenwriting Program. She teaches writing in the
Television Broadcast Program at Seneca College and has taught writing at other schools, including Sheridan College and the University of Ontario Institute of Technology.