Listeners of Meg LeFauve and Lorien McKenna's podcast, The Screenwriting Life, have heard Meg speak about “going into the lava.” Lava is the 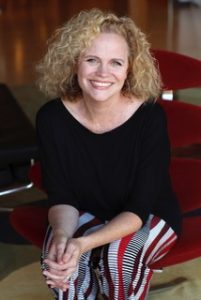 Listeners of Meg LeFauve and Lorien McKenna’s podcast, The Screenwriting Life, have heard Meg speak about “going into the lava.” Lava is the hard stuff, the emotional truth at the heart of your writing. It’s scary even to approach it but, as writers, we need to wade fully into it. Meg will share her thoughts on lava as it connects to all types of writing—how to find it, why to go into it, and how to survive the experience.

Meg’s talk will be followed by a Q&A session.

Nominated for a Best Screenplay Oscar for the Pixar blockbuster INSIDE OUT, Meg LeFauve won an Annie Award for that screenplay. She also wrote Pixar’s Golden Globe nominated THE GOOD DINOSAUR. She also wrote on Marvel’s box office hit, CAPTAIN MARVEL. She wrote an animated film coming in 2022 from Netflix and Cartoon Saloon based on the children’s book MY FATHER’S DRAGON.

Meg LeFauve began her film career as a producer and President of Egg Pictures, Jodie Foster’s film company. During that time, Meg LeFauve produced films which were nominated for an Emmy, a Golden Globe, and she was awarded a Peabody for the Showtime film, “The Baby Dance.” Meg LeFauve also produced “The Dangerous Lives of Altar Boys” which won the 2003 IFP Spirit Award for Best First Feature.
Meg LeFauve has been a consultant to Screen New South Wales and Screen Australia and has been a mentor at many writing labs, including The Sundance Labs, Cinestory Script Sessions, and the Meryl Streep Lab. Meg LeFauve taught at AFI and served as co-chair of the Graduate Producers Program at UCLA’s School of Film and Television, where she taught master level story and development classes for over seven years.

Raised in Warren, Ohio, Meg LeFauve graduated from the Syracuse University Newhouse School and currently lives in Studio City, California with her husband and two sons.