Do you struggle with keeping your plot moving forward and keeping readers interested to the very end? This workshop will dive into 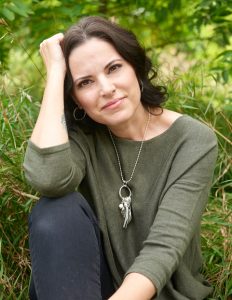 Do you struggle with keeping your plot moving forward and keeping readers interested to the very end? This workshop will dive into the stages of plot development and will help you to move your story forward.

MELANIE FLORENCE is an award-winning writer of Cree and Scottish heritage based in Toronto. She was close to her grandfather as a child, a relationship that sparked her interest in writing about Indigenous themes and characters. She is the author of Missing Nimama, which won the 2016 TD Canadian Children’s Literature Award, the 2017 Forest of Reading Golden Oak Award and was a finalist for the 2017 First Nation Communities READ award. Her most recent picture book, Stolen Words, won the 2018 Ruth and Sylvia Schwartz Children’s Book Award, was a 2018 Marilyn Baillie Picture Book Award finalist and was given a starred review by Kirkus, who listed it as one of the best picture books of 2017 to give readers strength. Her other books include the teen novels Just Lucky, He Who Dreams, Dreaming in Color and The Missing.

In her spare time, Melanie watches Doctor Who and horror movies and enjoys discussing the DC vs Marvel Universes. She lives in Toronto with her husband, Chris and their two kids, Josh and Taylor. They share their home with two dogs and two cats named Henry, Daisy, Shadow and Oreo.