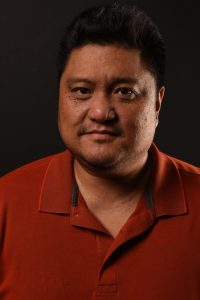 J. Torres is known for his run on DC’s original Teen Titans Go comic book series, the Forest of Reading Honour Book Planet Hockey, and Lola: A Ghost Story, recipient of an Aesop Accolade from the American Folklore Society. His latest release is Stealing Home, a middle grade graphic novel about the Japanese Canadian Internment. Torres was born in Manila and raised in Montreal where he was educated at McGill University. He is married, has two sons, and loves going to the movies, traveling, and cheering for the Toronto Raptors.

Please join award-winning Whitby author J. Torres for a presentation on how graphic novels and other comics are created, followed by a casual conversation and Q&A about working in the industry, the rising popularity of the medium, and why comic books are so awesome.