Just because we all speak English, many people assume writing non-fiction is easy. It isn't. Non-fiction writers have to write in 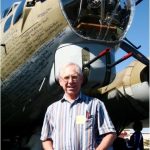 Just because we all speak English, many people assume writing non-fiction is easy. It isn’t.

Non-fiction writers have to write in a way that interests readers who know little about the subject as well as those who know a lot. If you are writing, or would like to write, a non-fiction book, this workshop by former journalist and editorial writer Ian Darling will help.

When Ian wrote a newspaper story about his uncle who had been shot down during World War II, Dundurn Press commissioned him to author a collection of similar stories. Since that first book (Amazing Airmen) was published, Ian has spoken to numerous community organizations and libraries to help people understand what the veterans endured and what war is really like.

Bring your ideas and questions and learn how your curiosity can translate to a non-fiction book.

Ian Darling worked as a journalist and editorial writer at such papers as the Globe and Mail and the Waterloo Region Record until he left the newspaper business to work as a full-time author. His first book, Amazing Airmen, was published by Dundurn Press in Toronto. That book did well, so he subsequently wrote a book about American veterans entitled Heroes in the Skies, published by Sterling Press in New York.

He is currently at work on a book about Vietnam war veterans who took risks to help their comrades or civilians. One of the veterans in the book is the late John McCain, American senator and Republican presidential candidate in 2008.