Can humor be taught? What is your humor IQ? In this workshop, Steve will talk about his background writing comedy for well-known, and not-so-well-known 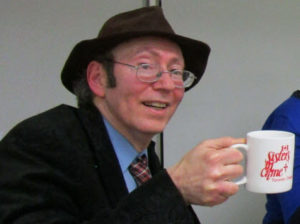 Can humor be taught? What is your humor IQ?

In this workshop, Steve will talk about his background writing comedy for well-known, and not-so-well-known celebrities. He will also discuss secrets for improving your humor IQ, and specific humor techniques that can be used in your writing. He will speak about his approach and strategies for writing genre short stories as well as novels. In short, Steve will share with you what he has learned from writing and teaching over many years.

Steve Shrott is an award winning writer whose genre short stories have appeared in numerous anthologies and print magazines. In Flame Tree Press’s hard-cover crime anthology, Steve’s story, The House, appears alongside tales by Author Conan Doyle and Charles Dickens. His comedy material has been performed by stars of stage and screen and he has written a book on how to create humor (Steve Shrott’s Comedy Course.) Some of his jokes are in the Smithsonian Institute. As well, he has had two humorous mystery novels published (Audition for Death and Dead Men Don’t Get Married.)  Steve currently teaches a variety of online courses for Savvy Authors on such topics as humor, short story writing and crafting thrillers.